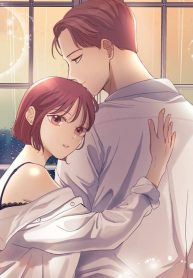 Let it be Adult also known as (AKA) “렛잇비”. This OnGoing Adult was released on 2018. The story was written by Seorim and illustrations by Seorim. Let it be Adult is about Adult , Drama, Josei, Romance story.

Webtoon Three years ago, Seoyoon broke up with her 10-year-old boyfriend, Noah. Her past relationship left her traumatized, unable and unwilling to relive such an experience. But Noah, even after breaking up with her, still loves her and wants them back together. Finding solace in Seoyoon’s voice, he called her all the time. Because of a promise made to him, Seoyoon felt obligated to answer his calls. However, now that she’s in a relationship with Seok-hee, their company’s most popular actor, she’s starting to wonder if it’s the right thing to do. Seok-hee loves her passionately and wants to be more serious. Tempted to work through the pain and Noah, Seoyoon began to consider accepting his feelings. But it will not be a smooth journey for them. Follow their trials and growth in this heartwarming romance.